How many of us have been  (or are ) in unhealthy relaotionships knowingly? Me, you, her, Us… We are just so human, sensitive to sweet words, romance & filled with dreams of the prince charming. How many times did you expect to see a change in the situation where Mr Man will either leave the other woman (be it the mistress or the wife) or have the guts to be an official Polygamists (at least he is honest & true to himself). How long have you been waiting? How many nights did you cry? Until you realize that nothing is gonna change unless you change your expectations, your perception or you change MAN. Period. Somme dreams come true but sometimes not until you make the right move. So instead of bitsching on the other woman (women), take a close look at that MAN , you have been loving genuinely  hoping for a better tomorrow & take a decision. There are only 2 guilty people here: YOU & HIM. You because you have a choice. & Him because he doesn’t have the courage to choose. So give a break to the sister (you don’t even know her) , who is avictim like you & take charge of your life. Don’t be the fool who sends anonymous emails, or calls to throw your venom to an innocent woman. Be the Lady who either accepts the situation quietly (no bitching  allowed then, just live with it) or you walk away heads up knowing that there is a bright future ahead of you. And Mr Winner will shift to being the loser he really is.

I see so many women insulting & hating each other because of Losers who don’t deserve one /tenth of their love . So my call to my sisters is mind your own business or GO. No man is worth 2  women to hate each other, in the name of « LOVE ».

I have been running, yes but it wasn’t intentionally, I was just scared. I’m scared of trying and failing again. I’m scared of empty promises that only bring anguish in the end. I’m scared of falling in love again and have it thrown back at me. But I really cant help thinking if I’ve been fair to those seeking my hands in relationship.

If I’ve been fair to Mr.A, who is arrogant, aggresive and doesn’t respect a women.

Mr B. is just terrible bad player..I cant even touch him with a a ten-foot pole

Mr C, very single but he is not ready for commitment.

Mr D, is a doubting thomas, and he lacks confidence,he is not so sure, if he can cope with me,cos I’m just too learned,a carrier woman and just too strong as a woman and he is scared-I dont know how that is a crime.

Mr.E,he is the explorer, I cant promise you anything, but lets see what will happen as time goes on..Whatever that means, But while watching as times goes, my brother want sex oh..I guess we are seeing what will happen on that too.

Mr. F.. is funny, witty, but took me for granted, I like you, I want to be with you but he still want to date some other women and I need to understand that.(Hissed). And me I must be a man’s number one priority and must have my dully respect.

Mr.G,who has a girlfriend, and he is attracted to me and he cant seems to get over me.

Mr.H,think is hot and I must jump into bed,with his sugar coated mouth and lousy open lines that men are attracted by your look or body and is when they feel the content that they will know,if they want to keep you- Crap, though attraction is important

Mr.I is very much insecure and think that I have too many male friends than females and he is scared.

Mr.J is a complete jerk, I wouldn’t even want to ask myself what I’m doing with him.

Mr.K, think the key to dating a woman is to be domineering,if I must date, you have do what I want, you’ll change ur phone numbers,email etc.

Mr.L, is a loser who doesnt know what he want

Mr.M, is a silly mummy’s pet, my mum is dis..my mum is that. Aaaahhhhhhhhh

Mr.N is I just want company and NO string attached

Mr.P,who is proud of himself and feel that life must rotates around him alone.

Mr.Q, is quick temper and is nasty for my liking

Mr.R is romantic,suave, and we connected together only to date for some months and his girlfriend suddenly come back out of no where.

Mr.S,who I have knew for almost three years, and he has never even tell me what he really want from me…But anytime we meet,always make move for sex.

Mr.T,behave like a Teenager, just not mature for to be a man in my book,he is always afraid of me(as if I carry fire on my head). Everytime « I dont want you to be angry, I dont want to displease you).

Mr.U, want me to Understand he likes me, but he just want an acquitance.

Mr.V,is so far away, but want virtual relationship,God knows whether we’ll ever meet.

Mr.W, is married and want somewhere where he’s going to sow his WILD OATS

Mr.X, is eXremely cool but love switching off and on at will

Mr.Y, is your dream kind of guy but he like women like mad. and want you to understand,you are the only one.

Mr.Z’s zeal for us to get marry as soon as possible,send me the creep.. I wonder what he knows about me to wanna do that.

Just where in the world,would I start from,I really wish I knew the way to a man’s mind,It could help me in determining which of them is a sheep in wolves’s skin.

And time is ticking, I watch has days turns into weeks and weeks into months and month dragged into… Yet nothing has been close enough to it for me.

So I kept on pondering if the problem is from me but I cant pin point,what it might be. Am I demanding too much? Thats a big NO. All I just want is love considerably.I always want to be the number one priority in a man’s life and most of the time I ask myself if I have been fair with my expectation.

Am I too choosy?Many of my friend says that am too choosy but how will they have known? One of them said is because am pretty and working in a bank(And so what?) that I wont settle for less. But he was far far wrong. I’ve dated a guy before who doesnt have a car and still stays with his parents.Because I like him,he is all I want in a guy but the snag is…He has a girlfriend before.Where am I getting at here.. I’m that kind of person who just want to date a guy because am comfortable with him and not what he is. All I just want is someone that will always be there. Not all women are gold diggers, there are other ways you can take care of your woman other than being financialy bouyant enough. There are women who doesnt give a hoot if you have a job or not, they just want a man who care and who is attentive to her needs.

Yes every women hold the believes of finding a good looking guy, witty, working class,gentle,madly in love with her etc, though we understand that is in the perfect world, in reality check is very rare to find such men. So we all make do with whatever we can get.
But I dont see why we cant be happy as much as we want, be love as we want to be loved, receive as much as we give.

We crave for a perfect boyfriend who actually wants to commit and have a long term relationship. But most men want the opposite, most men want to have sex, flings with a girl first before they even date her.Is so annoying that they only see us as a casual dating partner,how come their is no future in it for us?
I told one of my toasters one day that, come, I have known you for almost three years and since that time,we’ve both been single, how come things never work out between us? He said that I’m the cause,that I probably dont like him.

But I do like him, I just don’t buy the way he wanted to go about the relationship,everytime he pressured for sex, ofcourse the answer is no!). This guy and I, have not really sat down one on one to talk about if we really wanted to date eachother.

Every guy want to have a taste of the pudding first before anything serious can come out.
My question is, is sex the yardstick for starting a relationship?
As for me.. I would have love to burn my running shoes here and now but I’ll still be running till I can get a man without an attitude to motivate me in burning them. 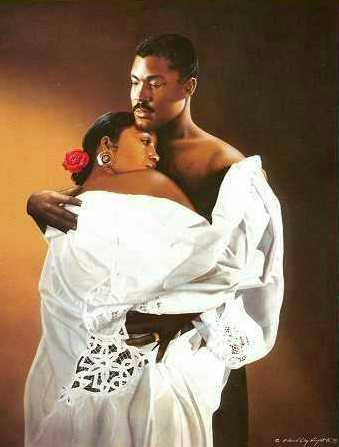