Michael & I  » Dont stop ‘til I get enough! » My Tribute to Michael Jackson 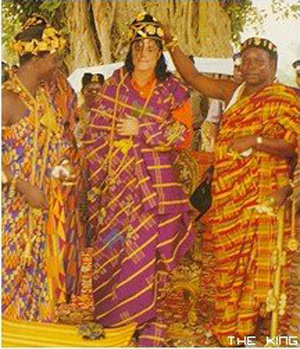 You told me not to “stop ‘til I got enough”, it was in Dakar , I got the single for my birthday, with a record player , playing the disc on & on , dancing with my Mum in our living room, you were so handsome, between “Ring my bell” & “Upside down”, you were my sunshine.

The tears that are rolling down my cheeks are real , I am in pain, I lost a part of my life, a piece of my story. When I went out with my dear friends Steed, Mimick & Anicet with your brother Jermaine in december 1990,to Keur Samba in Paris, I just couldn’t believe it! Awesome! Incredible! But the best was yet to come, My meeting with you in Gabon during your  » Back to Africa , back to eden tour » , in 1992, I was a member of the crew – thanks to Anicet-, moving closely with you, speaking with you, your fragile voice, your sikh cook, your young friend who accused you later was with you. I was seen on tv with you, I couldnt believe I was with Michael Jackson. And I cherished those memories, as you were sooo human , humble & down to earth.

I can remember Amissa crying when we took you to the airport. And we were making fun of her fondness for u. Now I am the one crying, I cried Amissa who left us years back & now you are gone. Thanks for your music a legacy to the world, you were the first black activist without claiming it, you have set the path for generations of youths regardless of their race & nation. Some Michael impersonators are Chinese, Indian, Japanese, Egyptians, French, Senegalese…  » We are the world… » & we miss you…